The TITAN Awards have announced their thirteen Category Winners for 2021. Three Grand Finalist screenplays, and their respective Gold-Silver-Bronze finishing order, will be announced on December 17th. 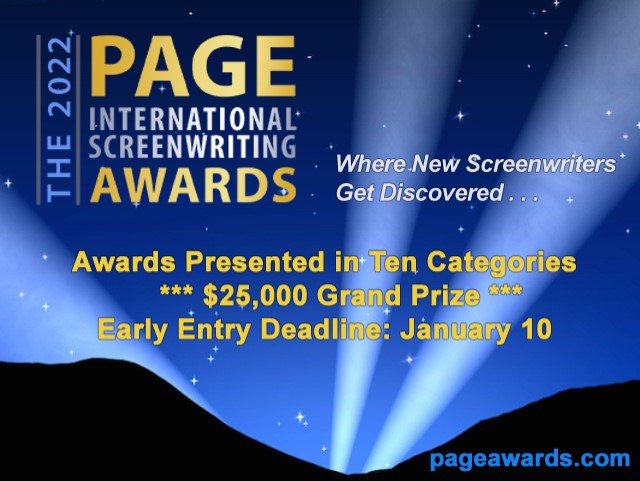 StoryPros International has announced the semifinalists for their 15th Annual Screenwriting Competition.

Matthew Sorvillo's Parker Menlo: Man of Science! has been named the Grand Prize Winner of the ISA Sci-fi/Fastasy Screenwriting Contest, while Almas Haidery's Happily Never After has been given the Sci-fi/Fantasy Genre Busting Award. [Updated: 12/01/2021]

StoryPros International has announced the quarterfinalists for their 15th Annual Screenwriting Competition. [Updated: 11/25/2021]

The Write LA Screenplay Competition has posted a "hybrid" script reading of their 2021 Grand Prize Winning Script, That Woman. [Updated: 11/22/2021]

(S)hit Squad, by Harry Hunsicker, has been announced as the winning short script to be produced and premiered at the 2022 Dallas International Film Festival. [Updated: 11/22/2021]