WILDsound Monthly Screenplay Festival offers screenwriters at all levels the fantastic opportunity of hearing their scripts read out loud using Top Professional Actors and seen by 10000s of people online, including producers and agents.

At least 5 winning readings done every single month. Click the website info and watch the winning videos. Site averages over 50,000 visitors a day as the winning scripts get showcased by millions of people a year.

Plus all submissions receive FULL FEEDBACK on their script by industry professionals. The goal of the festival is to showcase and help writers.

Go to the Wordpress WILDsound testimonials page and read past writers experience submitting to the festival. http://wildsoundwritingfestivalreview. Show More

WILDsound Monthly Screenplay Festival offers screenwriters at all levels the fantastic opportunity of hearing their scripts read out loud using Top Professional Actors and seen by 10000s of people online, including producers and agents.

At least 5 winning readings done every single month. Click the website info and watch the winning videos. Site averages over 50,000 visitors a day as the winning scripts get showcased by millions of people a year.

Plus all submissions receive FULL FEEDBACK on their script by industry professionals. The goal of the festival is to showcase and help writers.

Go to the Wordpress WILDsound testimonials page and read past writers experience submitting to the festival. http://wildsoundwritingfestivalreview.wordpress.com/ Show Less

Ongoing deadlines. Deadlines occur every 5 days to keep up with genres and styles.

Notification: 4-6 weeks after script submission. Full Feedback on all entries

Screenplays can be of any length, but must be properly formatted to industry standards.

Work can be short, feature, or teleplay (pilot or other).

Participants will be chosen by a panel of industry scriptwriters / story editors. Coverage will be provided for all scripts, whether chosen as a participant or not.

The number of participants chosen each month will depend on the submissions received, including genre and length.

Every script submission receives full feedback coverage on their script.

Winners get to have their script read out loud by professional actors and shown online on the popular YouTube channel - www.youtube.com/wildsoundfest

An interview with screenwriter ANDREW BOYLE regarding the Wildsound Writing Competition. 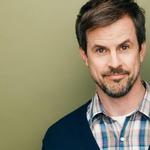 Andrew Boyle
Q: What's the title of the script you entered in this contest, and what's it about?

A: The title of the script is "Tell Me Not To" and it's a poignant discussion of loss and love follows a man who is going through his life holding on to the pain caused by a former lover and conditions that cannot be fixed regardless of how badly you want them to.

A: I entered this contest on the basis of a conversation with a good friend and fellow writer, Alex Kitay, who, with his writing partner, had entered and gotten great feedback. Seemed like a safe bet and so I went with it.

I had also entered the Screencraft competition, and though I got some really great feedback, ultimately, my script was not chosen to proceed into the semi-finals.

A: Yes, the staff at WILDSound were both efficient and supportive, both of which I had no expectation of receiving. Maybe there's something to say about having low to no expectations.

I had actually entered the contest early, so a deadline was not the issue. They had offered me the opportunity to do rewrites after an initial exchange of emails regarding the feedback, and resubmit, only by that point I had begun rewrites to take the script to a new draft.

As for winning or awards, having the script read by a group of talented and versatile actors is huge, as any writer can attest to in this process. Words are only on the page until they are spoken and I have found only then can I hear if both the words and the characters are in line with the truth of the story.

A: Oh golly, this has been a long process. This idea was first developed with under the gracious eyes and ears of John Sandel and Tara Samuel in their Script Kitchen writers workshop. With them I built the outline. In the months that followed the first draft to the short was developed on my own. It then found it's way to "the drawer".

I pulled it out again a year later with another workshop under Craig Belknap. Again, gracious eyes and ears brought me and the script to another draft, a whole new place, and the revelation that I needed to make a choice with my ideas. too many ideas competing for attention. Sound familiar?

After that workshop, two more drafts evolved via feedback from other writers to the one I submitted. I would say 5 drafts, and there were some half drafts involved as well. I did use outlines to get the ideas out in front of me. I'm visual like that and it helps me to "see" where the story is, or isn't, going.

A: I use Celtix. Probably a bit old fashioned and not what the cooler kids are using. I first picked it up while mentoring 5th graders through the Young Storytellers Foundation. It's a program mentoring students in writing their own five page screenplay. If it worked for them, surely, for a beginner as myself, it could work for me, too.

A: I did not and experienced a lot of shame (my own) for the fact. That and the other fact that I couldn't give up many hours to writing. I came to that place that it wasn't how much I wrote but how I wrote and how consistently I could sit down. I would set up writing sessions two to three times a week for anywhere from a half hour to two hours. That helped free me up during the rest of the week knowing when I could write. Life intervened and sometimes I couldn't do the full writing session I committed to, only I still sat down and wrote for thirty minutes if that's all I had.

A: Most definitely! Well I tried staring at my laptop for a while and when that didn't produce any results I tried some other things. I would start taking pen to paper and ask the characters what they were doing, why they were in this particular location, what was their last name even, and so on until I got the next piece of information to continue with the story.

A: My initial background was as a professional dancer for many years. I began journaling many years ago which evolved into spurts of poetry. As I transitioned into acting, writing scenes, dialogue, monologues helped me to better understand the new territory. The poetry continued, and then I decided to stop telling myself I didn't know anything about scripts and that I shouldn't have an opinion and took the writing workshops, got into the dialogues with other writers, listened to podcasts, and sat myself down to tell a story.

A: I do live in Los Angeles. Right in Hollywood.

A: The script that won is being worked on currently. I've had conversations with others in the community to broaden my understanding about producing and the suggestions came back to me to bring my thirty page script down to ten. And that is what I have done. Time I guess to meet with producers and directors.