An interview with screenwriter Carkic Angelina regarding the Wildsound 1st Scene Writing Competition. 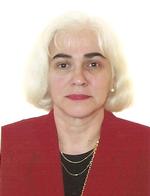 Carkic Angelina
Q: What's the title of the script you entered in this contest, and what's it about?

A: LeGrand Monk meets Poirot with a touch of The Odd Couple.

LeGrand is about a celebrated French detective who mourns the death of his unrequited love and unable to stay in the place where everywhere he turns he's reminded of her, he plans to leave the country. When a dismembered leg turns up in his antique shop, a hedge for his retirement, LeGrand takes on a last investigation and follows clues to New York. There, the precinct captain insists he has no rights to investigate and pairs him with a disgruntled detective, who is himself dealing with his own separation from wife and family and has been relegated to a desk job. At first angry to be encumbered with the persnickety French man he soon realizes LeGrand is no ordinary policeman. It becomes soon apparent that the little man in tight fitting suits, peculiar moustache, exhibiting quirks, is far from a hindrance. LeGrand almost immediately sets the pace with the American detective trying to keep up. Detective Hopkins' demands for evidence to support LeGrand’s suppositions and a body to prove murder, are soon provided and the two start to work together. But the antagonist and his hit man aren't sitting back either. With the Captain of police in their pocket they know LeGrand hasn't been able to tell anyone of his discoveries. All they have to do now is get rid of LeGrand and Hopkins and all their carefully set plans will fall into place. Cornered in a cafe and refusing to allow the mysterious hit man, Mr. Smith, from applying his switchblade, LeGrand walks towards the exit. When three shots in the back drop him, Hopkins is devastated. He's become attached to the little man. But LeGrand has his own carefully laid plans and the FBI swarm the premises and kill Smith. The protagonist is arrested. His reasons for framing his best friend the father of his own biological daughter and murdering her fiance is revealed. Much to Hopkins' dismay LeGrand wasn't injured. He sees him again some time later at the site of a murdered female octogenarian. Bribed with tickets to a play and possible introduction to a famous actress, Hopkins agrees to give LeGrand access to case files of the latest murders. They set off on another investigation.

A: An e-mail announcing the existence of this opportunity was sent to me. I liked what they offered and I sent them my work and logline.

A: Indeed. They are even now helping promote it. They're wonderful. I have to say I was particularly pleased with their feedback. It was timely and the person actually read and understood the story. I thank them for that and would recommend their site to all writers. When my work was chosen as a winner it really boosted my resolve to keep writing. I plan to submit this work to more contests.

A: Once I got the idea I headed for a noisy coffee shop and madly wrote for about three weeks. The plot evolved as I imagined what the protagonist LeGrand would do when a situation or opportunity in the story arose. I almost became the persnickety little fellow, LeGrand myself. After that, about four months of rewrites and some feedback from Randy on Direct TV. Then I put it aside for about a year and took it out last week, did a bit of editing and sent it in to WILDSound. Really happy I did. No outline! You'd have to know where the story is going before you start to write an outline. I take myself and my characters on an adventure that surprises me as it unfolds and hopefully will surprise an audience as well.

A: Lol. A pen and notebook? Well that's how I start out. That’s where the real writing is done, Then I rewrite on Final Draft.

A: When I start a story, everyday from sunrise to sunset and sometimes through the night. I can't stop until I have it all penned out. After that the rewrite and editing happen in spurts, an hour to a few hours. Usually I watch a movie while I'm doing this.

A: Not yet. I however at the moment am writing a script where I have several options on where act three should go and might vegetate a few weeks until the most appropriate one wins out.

A: I grew up in a very successful family jewelry business and when I married and had children we moved from the Niagara region of Canada to Montreal. Learned a good smattering of French and stayed home with the kids. I did at the time pen two novels which I never completed. Too many distractions. Circumstances brought us to Australia where I became a teacher. High school and College science. I know. None of this set me up for the insatiable need I now have to write scripts. I especially enjoy the semi quirky aspect of an investigative story and that's what I try to pen.

I have written fifteen scripts in the last three years but think only five are worth mentioning. Three I think are very good. At least one has twice placed as semi finalist and the second has been compared to the Coen Brothers and Wes Anderson by three independent Coverage firms. (I was overwhelmed by this comparison.) I will have to submit them to contests. And this one, LeGrand, has placed first in the First Act WildSound competition.

A: No, I reside in Australia, but nothing says I cannot work there on projects. The film industry today has Hollywood travel all over the world to produce movies. So I see no problem in that. With my Canadian passport it is easy to cross into the US.

A: Of course. Can't stop myself. To date I've written TV pilots but now I'm trying a feature. It's about a man and his ten year old son, the last survivors of a hidden Peruvian culture, decimated in an earthquake. The protagonist must choose between ensuring his young son is educated to carry on the traditions and knowledge gathered over a millennium and retrieving a book stolen from him. But he has a secret that cannot be discovered by the outside world and he needs to risk revealing it, even to lose his life, in order to retrieve the book that could upset who holds the control of global energy and the economics of the world. The ending will be a twist. The protagonist is perceived to have perished in a helicopter crash in the ocean, but maybe he's the stranger that rings the doorbell to be opened by the woman he wooed and the son he was forced to leave.