Breaking Walls is a contest for thriller screenplays with contacts at established Hollywood literary representation and production companies who have agreed to consider the full winning script and the top finalists' loglines.

Well-written thrillers are always an excellent way for writers to show Hollywood pros a combination of commerciality, unique voice, and a clear understanding of effective feature film narrative. We're here to break down the walls between your talent and our industry contacts looking for the next great thriller writer!

An interview with screenwriter Robert Wooldridge regarding the Breaking Walls Writing Competition. 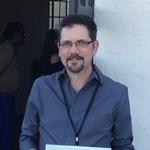 Robert Wooldridge
Q: What's the title of the script you entered in this contest, and what's it about?

A: A HITCH IN THE PLAN is a thriller about a detective that enlists the help of a movie buff to help him solve the crime of a killer who is replicating Hitchcock films.

A: Since this script has a particular mystery/thriller audience I tend to look for contests that cater to this genre. I've entered other contests but this is the first one where it placed.

A: It was a very professional contest. They were quick with the announcement and the prizes.

A: I originally wrote the script in about two months after having it in my head for about five years. I worked with Linda Seger in polishing the first draft. She was quite the mentor. This winning draft was done under the guide of Pilar Alessandra.

A: I have always used Final Draft.

A: It always takes a good couple hours a day, not all of it writing, to formulate, plan, research...

A: I relocate my laptop and my self to a new venue.

A: I've completed about six scripts total. One of my scripts, NATE OF AMERICA, won a gold for best drama in the World Series of Screenwriting.

A: No plans to relocate just yet.

A: I've been working on another thriller that, now, is being ripped from the headlines.