Zed Fest was formed to acknowledge and encourage new independent filmmakers and screenwriters.

We noticed that there are a lot of talented and promising filmmakers and screenwriters that tend to get snubbed by other festivals and competitions simply because they are low budget or less polished. We want to give them the recognition that they deserve and try to help them build upon their abilities.

An interview with screenwriter Chuck Foster regarding the Zed Fest Writing Competition. 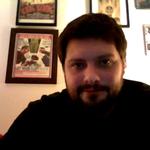 Chuck Foster
Q: What's the title of the script you entered in this contest, and what's it about?

A: "Hell's Belles" is a horror-comedy about a young woman content with working as a mortician at her family's cemetery, but as business declines due to a local rival, a gateway from hell opens in her graveyard, releasing a demonic horde out to get her soul. With the help of her best friend and some unusual allies, she fights to keep the cemetery while battling an army led by one of the Seven Princes of Hell!

A: My co-writer, Christian Ackerman entered the contest. As of right now, no other contests have been entered.

A: I was pleased with the way the Zed Fest ran. Everything happened on time. Still waiting for my Script Pipeline lifetime subscription...

A: I know Christian had this idea in his head for many years, but we finally sat down to write this script around the beginning of the year, so about eight months or so. Of course, a screenplay is an ever-evolving entity, so a couple drafts were composed before submitting to Zed Fest and there have been some changes since.

A: The primary writing software was Final Draft, whichever version Christian was running. Considering we live on opposite ends of the country, we also used Skype, which didn't work so well, and Join.me, which worked great in conjunction with speakerphone.

A: Well, I also write as a music critic for The Big Takeover, both print and online at Bigtakeover.com, so depending on deadlines, I'm writing at least once a week for 2-3 hours. Otherwise, while writing a screenplay, I'll dedicate 3-6 hours 4-5 days a week to the task. More if necessary.

A: While writing a screenplay, no. I have Christian there to bounce ideas around and keep the ideas flowing. While writing music reviews, I have found myself struggling to find a good way to begin, but once I've found it, everything flows quite well. Alcohol helps.

A: Like I said, I'm a music critic. I've written for The New York Waste, Under the Volcano, Horror Garage, Fear & Loathing in Long Beach and currently for The Big Takeover. I also do noise and music under various names. Christian Ackerman and I have collaborated on another screenplay called "House of the Unholy," which a lot of people seem to like.

A: Actually, I moved out of LA to live in NYC. I love NYC and its eccentricities, so I don't plan to fully move. Bi-coastal would be ideal.

A: We're working on Ackerman's next short. Also, I had a fantastic cinematic dream the other night that I'd like to expand into a full screenplay. Right now, though, the focus is on Hell's Belles.