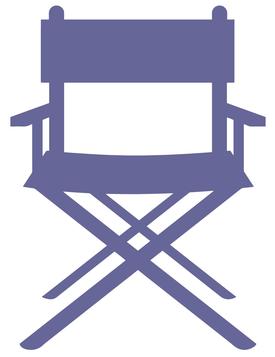 We accept completed scripts that fall into the following categories:

If submitting a pitch only, a 1-2 page synopsis or full treatment is acceptable. Entries can be submitted into more than one category for separate entry fees. Animation is allowed for any category, including Media. Please review the rules and restrictions below to avoid disqualification.

For any feature film or TV writer, it all comes down to access - and Script Pipeline's new 1st Annual First Look Project plans to provide that to its winners.

Launched in the summer of 2012, The First Look Project (FLP) aims to present the best scripts and ideas to major companies with the goal of putting the project on the fast track to production at the studio and network level. For this contest projects do not need to be at the completed script phase. Submission categories include Feature Screenplay (action/adventure, comedy, fantasy, or horror/thriller), Teleplay, or Adaptations. Supporting the genre categories are Vinson Films (Journey to the Center of the Earth), Green Hat Films (The Hangover), Heyday Films (the Harry Potter series), and Vertigo Entertainment (The Grudge). Teleplay and Adaptation winners are reviewed by agency heavyweight Paradigm.

Unlike many writing contests, studio-centric entries are a major requirement.

"The quality and volume of entries in our main writing competitions warranted the need for a new contest focusing exclusively on high-concept, marketable material," said Script Pipeline owner and Executive Director Chad Clough. "We're very eager to find a few gems we can present to our studio-level contacts."

Besides cash prizes, selected entries in each category receive personal development assistance from Script Pipeline's executive team and meetings with the aforementioned companies. Any genre, any budget-both amateur writers and those who have been produced or published.

"Very few scripts go into production based on that initial draft," Clough said. "So we wanted to open it up for someone who might not be a writer but has this incredible, studio or TV-geared premise. Anyone with a great movie or TV idea can enter First Look."

The First Look Project joins Script Pipeline's successful suite of writing competitions, which includes the long-running Screenwriting and TV WritingContests, the bi-annual Great Movie Idea Contest, and also new for 2012, the bi-annual Great TV Show Idea and annual Student Screenwritingcontests. For Clough and the Pipeline staff, it's more about creating additional outlets and leveling the playing field for writers who may be hesitant to enter a broader writing or idea contest, in addition to mentoring those whose efforts at breaking through have come up empty.

"Entering screenwriting contests can sometimes feel like jettisoning one's work into a faceless digital void," said 2012 Screenwriting winner Jason Kaleko (Hold Up). "With Script Pipeline, this couldn't be further from the truth. From the personal call I received as a finalist to the career brainstorming and connections, their support for entrants is simply amazing."

Over the last several years, more and more writing "hobbyists" are looking to the film and TV industry as legitimate career options. Contests are in no short supply, but the proper ones can be the one and only key to getting noticed quickly.

Writers discovered by Script Pipeline have sold $4 million in specs to studios over the past decade, a number they look to increase exponentially.

"Given our recent track record, we're beginning to attract more and more top writers, and the industry is taking greater notice as well," said Matt Misetich, Script Pipeline's Director of Development and contests administrator. "Seeing not only our winners but anyone we come across with extraordinary material get their scripts actually produced is no longer a side effect of running a great contest, it's our number one priority as a company."

That track record includes discovering Evan Daugherty, most well-known in film circles as the writer who sold the summer hit Snow White and the Huntsman to Universal. His 2008 Script Pipeline contest-winning action script Killing Season is due out in 2013, with Robert De Niro and John Travolta. He's currently working on an adaptation of the popular novel Divergent, set to be released in 2014.

Other recent successes include writer Micah Barnett selling his screenplay The Rabbit to Warner Bros (Chris Tucker attached to star), 2010 contest winner Tripper Clancy joining 20th Century Fox as a comedy writer, and 2012 Great Movie Idea winner Shane Free signed with a major producer to develop his concept. A number of other writers, both feature and TV, have found representation through Script Pipeline's 200+ industry partner network by entering contests, submitting to the Writers Workshop, or by attending the annual Secret Door Pitchfest.

With the FLP and new competitions, Script Pipeline anticipates continuing a tradition of directing writers through the tricky landscape of the entertainment industry, breaking through doors that, for most, are otherwise closed.

"Opportunities are slim," Clough said. "We're in an ideal position to satisfy the demands of studios, producers, managers, and agents, while at the same time acting as a guide for writers new or unfamiliar with the inner-workings of film and television."