Each year, the Academy Nicholl screenwriting competition awards up to five $35,000 fellowships to amateur screenwriters. To enter, submit a feature length screenplay and entry fee via the online application when the competition is open for submissions. Fellowship winners are invited to participate in awards week ceremonies and seminars, receive individualized Academy member mentorship and are expected to complete at least one original feature film screenplay during their Fellowship year.

Full-time students at an accredited college/university are eligible for a discount on their entry fee. Indicate your status in the demographic section of your online application. The discount will be offered in the payment section.

No applicant may have earned more than $25,000 writing for film or television. Scripts should be in standard form, approximately 90-120 pages. Only PDF screenplays submitted through online application are accepted. Equal collaborations by exactly two writers are eligible. Adaptations of another person's work are not eligible, even if that work is in the public domain or if the entrant has acquired rights to the work.

Up to five $35,000 fellowships are awarded each year to promising new screenwriters. From the program’s inception in 1986 through 2020, 181 fellowships totaling $4.75 million have been awarded.

Interview with Greg Beal: An Inside Look at the Nicholl Fellowships

Greg Beal has been the director of the Nicholl Fellowships in Screenwriting since 1989. Those of us privileged to know Greg are well aware of the enormous integrity he brings to every aspect of the contest, from application to awards ceremony, his ceaseless striving to improve the competition experience and the extra effort he puts into personally encouraging writers. I've heard from many writers how much it meant to them to receive Greg's handwritten postscript to their official semi or quarterfinalist letter letting them know how close they came to the next level and encouraging them to keep at it. Greg's empathy is no accident; he understands what it means to be in your shoes. Once a screenwriter himself, Greg won a WGA East fellowship and went on to write several scripts on assignment. 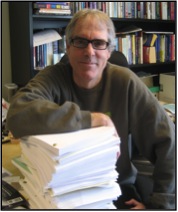 Barri Evins: The Nicholl Fellowships is widely considered to be the most prestigious contest out there. Now that it's celebrating a 25th Anniversary, there's no doubt it's the Granddaddy of all contests. What are some of the qualities that make the Nicholl unique?

Greg Beal: Being a program of the Academy of Motion Picture Arts and Sciences is at the heart of things. The filmmaking achievements of the Nicholl Committee members who judge the finalist scripts are extraordinary. So are the achievements of the Academy members who judge in the semifinal round. Hearing Academy Award winner Michael Arndt describe at last year's Nicholl Awards Dinner how being a Nicholl semifinalist kept him writing for years leading up to his creation of LITTLE MISS SUNSHINE reminded us that the program's reach extends far beyond the group of 126 fellows.

BE: I know some of the extraordinary steps you go to give each and every script submitted the very best shot possible. Can you share some of them with our readers?

GB: While it may seem hard to believe, especially in this era of PDF entries, Nicholl program manager Joan Wai or I "handle" every script in distributing them to readers. As we assemble a small group of scripts for a reader, we're aware of that reader's likes and dislikes, especially in terms of genre, and try only to assign scripts that fit their preferences. At the least we're glancing at every log line, which is why entrants should try to write clear, concise and accurate log lines, and using those and the genre to assign scripts. We also try to make sure that a previously entered script is not judged by any reader who has read the script in another year. We even try not to assign scripts to any reader who has read any script by the writer in a previous year. Over the course of the first round of a competition, every script is read once, just under half of the scripts are read a second time, and about 800 scripts are read a third time.

BE: How do you find your first round judges/readers? What are their backgrounds?

GB: These days, new readers often are recommended by a current reader. Occasionally, a potential reader will cold contact us. Year to year, the turnover is fairly slight, as are the new hires. In fact, in some years we do not add any new readers. More often, we add about a half-dozen new readers in a given year.

Nicholl readers' backgrounds vary. Many are writers; many are or have been script readers. All of them have worked in some capacity within the industry, and all of them have resided in Southern California. Over the years, the Nicholl reading staff has included writers, directors, producers, agents, executives, actors and development assistants. Several Nicholl fellows have read after winning; one fellow was a reader prior to winning. We even have a former production company president reading for the competition.

BE: What are three strengths that winning scripts share?

GB: Originality; strong, intriguing characters; and a compelling story. If I added a fourth and a fifth, they would be exceptional storytelling and exemplary writing and craft skills.

BE: After the top ten finalists are announced what kind of industry attention can they expect from producers, agents and managers?

GB: Finalists have told me that they received over 100 phone calls and e-mails from potential representatives and production companies. People want to read their scripts and meet with them. Those finalists without representation usually have offers of representation within weeks of the announcement. If the finalists and fellows are not careful, they can find themselves taking meeting after meeting for several months -which can make it hard to get started on a new script.

BE: What goes on during the Nicholl Awards Week?

GB: Each year we invite the fellows and finalists to join in the celebration. We fly out of town finalists and fellows to Los Angeles and put them up for a week at the Renaissance Hotel at Hollywood and Highland, which also is home to the Kodak Theater where the Academy Awards are held each February. Usually, we have three or four seminars with agents and managers, producers and executives, several Nicholl Committee members and several past fellows. Finalists and fellows are invited to a luncheon with the Nicholl Committee at which finalist certificates are presented by the committee chair (though in 2010 Gale Anne Hurd was on location and unable to attend and the presentations were made by committee members Eva Marie Saint and Dana Stevens). Fellows and finalists alike are also invited to the Nicholl Awards Dinner at which the presentation to the fellows is made. The new fellows are also invited to what we call an "alumni dinner." Essentially, it's the first of year-round gatherings of past fellows to which they will be invited.

BE: Would you share a few of your favorite anecdotes about past winners' success stories?

GB: In 1998, Mike Rich lived and worked (on-air in radio) in Portland, Oregon. He had written several scripts, and through a radio contact he managed to submit a treatment to an executive at Columbia Pictures. Needless to say, he soon received a rejection letter stating that the material just wasn't right for Columbia. Several months later, Mike became a Nicholl finalist and then a fellow. Within a several week period, he signed with an agent, had his script championed by producer Lawrence Mark, and sold FINDING FORRESTER to Columbia Pictures where the story had been rejected only a few months earlier. Since then, Mike has continued to live in Portland but has given up his full time radio job, as he has worked steadily as a screenwriter since winning his Nicholl Fellowship.

In 1996, Ehren Kruger, then a young assistant at Fox Television, entered several scripts into the Nicholl competition. One reached the semifinals, and another earned him a fellowship. ARLINGTON ROAD, the script that earned him a fellowship, had been described as being too dark and non-commercial by his agent and so had not been submitted to production companies. After winning a Nicholl Fellowship, Ehren optioned ARLINGTON ROAD almost immediately and saw it go into production about a year later.

In 1993, Dawn O'Leary, a poet and playwright living in New Jersey, saw an ad for the Nicholl competition. She had never before written a screenplay but decided to adapt one of her plays so that she could enter. Dawn earned a fellowship with ISLAND OF BRILLIANCE, but initially her screenwriting career went nowhere. Industry types didn't seem to notice her in far-off New Jersey, so she decided to relocate to San Francisco. And still the industry didn't seem to notice. Finally, she moved south to Los Angeles and, shortly after, had her first assignment. Since then, Dawn has worked steadily, mostly in the world of cable movies. She has also optioned a number of her scripts. Her proudest moment as a screenwriter may have come at the 2004 Mill Valley Film Festival when she watched the premiere of ISLAND OF BRILLIANCE (now titled ADMISSIONS) over ten years after winning her Nicholl Fellowship.

BE: What's new at Nicholl?

GB: We've spent far too much time in concert with software developers over the past five years on the Nicholl online application and will have a new version up and running in 2011. With the online application, we have switched to accepting only PDF versions of scripts, which makes it easier for entrants to submit and for us to distribute scripts to readers. The amount of paper saved each year would fill several rooms. We've also added a Facebook page where we communicate regularly about the competition and Nicholl Fellows. Last year, during the first round of reading we excerpted a snippet from a reader's comment on a competition entry every day for several months. That seemed to be well received. http://www.facebook.com/NichollFellowships

BE: What's the single question about the Nicholl competition you're asked most frequently?

GB: It would be close between "When will applications be available?" and "When is the deadline?" Soon is the answer to the first question, and May 2 (since May 1 is on a Sunday) to the second.

BE: What's the biggest myth about the Nicholl that you'd like to clear up?

The biggest myth is that only dramas do well in the Nicholl competition. Actually, year in and out, scripts in all genres advance to the quarterfinals and beyond about as expected based on the number of scripts entered in those genres.