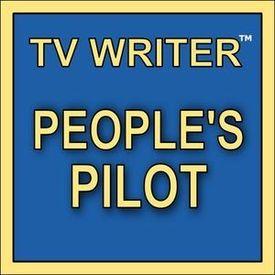 Notification: Within two months of deadline

THE PEOPLE’S PILOT The is divided into 2 prize-giving categories and 2 bonus prize categories:

An interview with screenwriter John Adcox regarding the People's Pilot Writing Competition.

A: The TV pilot is called "Challengers." It started as an attempt to create a series with the feel of the old pulp characters: Tarzan, the Shadow, Doc Savage, Sir Arthur Conan Doyle's Professor Challenger, and the like.

Unfortunately, those characters really only work in period. You can sort of believe that Tarzan was raised my apes back in Victorian times, but when the story is transported to modern times, it just comes across as silly. You can almost believe that Professor Challenger could find dinosaurs in The Lost World back in the day. But in 2008? Not so much.

But setting the story in period is, at best, rather less than practical for television. So the idea of Challengers is that the lead characters are the great-grandchildren of the larger-than-life adventurers that inspired the pulp tales and movie serials of their day. Some of them aren't really sure that all the adventures really happened. After all, such things are impossible, right?

But maybe the reason their famous great grand parents could have all those adventures back in the day was because the world really was different back then... and something has changed.

There is a secret history of the world.

Challengers is the "unified field theory" of Conspiracy paranoia, the place where ancient mysteries -- the prophesies of doom in the Mayan calendar and the alignments of the great pyramids and the monoliths at Stonehenge -- intersect with CIA mind control experiments, the so-called New World Order, and the assassination of John F. Kennedy. The world is stranger -- and far more dangerous -- than we dare imagine.

Behind history's most significant events--the beginning of the World Wars, the dominance of mighty religions and sinister cults, unexplained phenomena, the disappearance of lost cities, fluctuations in the global economy, the sudden appearance of unexplained creatures, and even the deadliest secrets governments keep--is a great conspiracy.

Known only as the Cabal, a word itself meaning secret, and identified only by an ancient symbol, the conspiracy has existed since the time of Christ, and probably much longer. Now, centuries of planning and manipulation are coming to a terrible and deadly climax.

Only nine people know the truth: a 26-year-old billionaire, a spy, a magician, an investigator, a scientist, a ninja assassin, a teenage genius, a daredevil, and a shaman.

They are the great grandchildren of the larger than life global adventurers who inspired the pulp tales and movie serials of their day. They have grown up in the spotlight, with the world watching to see what they'll become, expecting them to be brilliant. Now, they seek the world's last vanishing wonders--just as the original Challengers did decades before. But like their great grandparents before them, they have a secret agenda. They are our only hope against the terrible might of the shadowy, global Cabal.

Each of the team members has a secret past, the kind of secret that makes a career in mainstream society difficult or impossible. The Challengers are all dynamic, talented individuals with tempestuous personalities. Ultimately, they will become a tightly knit family. They care deeply about one another.

One of them is a traitor.

Beware. Things are not as they seem. Everything you know is a lie. And everyone is in disguise.

A: I entered this contest largely because I'd found TVWriter.com, and found the community to be welcoming, supportive, and helpful.

I entered an earlier draft into Writemovies, and was a finalist. I have entered the pilot script into Scriptapalooza TV, but haven't heard results yet. That, too, was an earlier version. I wish I'd waited.

I also entered two novels and a short story collection into Writesafe's Presentathon and the novels into Writemovies. I won first, scond AND third at Writesafe, and was a finalist at Writemovies (although the latter was for screenplays, and I entered novels). I am insufferably pleased. Serious, the boost in confidence means a great deal to me.

A: The People's Pilot was a terrific experience all around. I plan to enter again.

A: The feedback was exceptionally good. I have a much tighter and funnier script now. The mentoring sessions that came with my prizes were even more helpful.

A: I was already working with a production company, and I think this helped move the project from the bottom of the stack. I haven't yet received any more contacts, but given the strike, I don't expect to right away. I am still hoping, though. Especially after the first, second, and third place wins at Writesafe.

A: I've been in marketing communications strategy and new media for almost 20 years. Now, at age 43, I am retiring to concentrate on storytelling full time. Challengers was my first script ever, although I am developing another ( a feature based on one of my Christmas short stories) with a Creative Exec at Paramount.

A: No, and I won't unless I have to. I am extremely happy in Atlanta. I may get an apartment there, though.

A: I am working on the feature at Paramount, waiting for the strike to end so that I can market Challengers, and trying to do something with the novels while the contest wins are still hot.