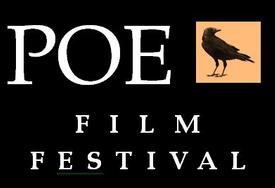 The Poe Contest mission is to recognize and reward fresh voices and creative storytelling, and to assist writers in their quest to obtain representation and produce their work.

First place features and first place shorts receive a Poe custom certificate and InkTip prize packages. Second and third place winners receive logline internet listings. The highest scoring feature or short script submitted on October 31, 2017, will be entered into our Halloween contest and will be awarded a cash prize of $100. Other prizes to be announced.

Bob Giordano of Springfield, TN, has been named the winner of The Poe Contest for his thriller "The Odds," about an abused but strong-willed woman who competes in a gruesome contest against unseen virtual competitors in a winner-take-all test of survival.

First place, Bob Giordano of Springfield, TN, "The Odds," thriller drama. An abused but strong-willed woman competes in a gruesome contest against unseen virtual competitors in a winner-take-all test of survival.

Second place, Rosalyn Rosen of Austin, TX, "Supremacy," drama. The daughter of Jewish Holocaust survivors interviews a neo-Nazi for her new book -- an interview subject who was nothing that she could have imagined.

Third place, Doug Bost of Brooklyn, NY, "The Bride in the Box," mystery drama. On a summer vacation at a remote Maine house, a seven-year-old girl investigates a local ghost legend about a doomed bride who seems to work through the girl to complete her wedding ceremony.

First place, Bill Brock of Midlothian, VA, "I'll Have Another," drama. Jack Hartley meets Sarah Kendall for a dinner date with the help of an online website. Triumphs and regrets are shared, but one secret cannot be revealed.

Second place, Mark Lalonde of Montreal, Quebec, "The Mother Lode," dark comedy. After the death of their eldest child in a horrifying accident, a couple happily realizes that, thanks to the two children they have left, they have struck the mother lode.

Third place, Caroline Hoover of Richmond, VA, "The Crow," drama-mystery. Elliot, 9, on his first ever camping trip, cannot sleep with horrifying sounds of nature outside his tent.