Mike Thai studied filmmaking at USC, focusing primarily on production, but has now turned to screenwriting, as well. His sci-fi detective thriller 10G was the recent winner of the TrackingB Screenplay Contest.

MovieBytes: What's your script about, and how did you come up with the idea? 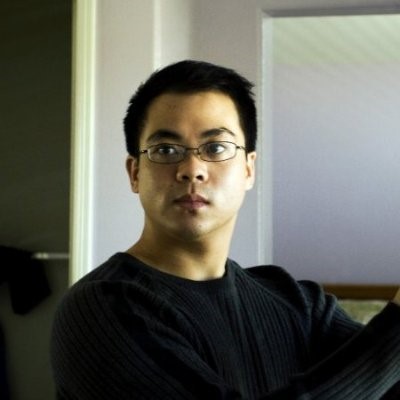 Mike Thai: 10G is a sci-fi detective thriller set in a future where a person's experiences can be digitized and uploaded wirelessly to the cloud, acting as a kind of virtual backup of a person's life. It centers on a homicide detective who has the unenviable job of "re-living" the final moments of his murder victims. When prominent women begin to die, he must track the clues linking their deaths before the murderer strikes again.

The idea for 10G came while reading an article about high-speed data plans and the remarkable rate of growth in wireless communication capabilities. What would the world be like when mobile broadband technology progressed to 10G strength (not 3G or 4G like today)? What if one day we had the capability to not just share files/videos/photos through our mobile devices, but data that was orders of magnitude larger: entire national archives, information from our sensory organs, memories, experiences...

MovieBytes: Do you consider yourself a sci-fi writer?

MT: I don't know if I consider myself a "sci-fi writer", but I enjoy how the genre allows me to explore common human themes in unexpected ways. I'm attracted to stories that focus on a very basic drive, but which is twisted or taken to an astonishing or perverse extreme because of technology or how society has progressed. With 10G, figuring out Harper's final choice was what really made me feel like I had to write it. Without that, I don't think I would have been as excited about it, even given the novel premise and sci-fi elements.

As I've gained more experience over the years, I've realized that having some understanding of marketability is crucial to developing your writing career. For me, it's all about finding the overlap where an idea is not only marketable, but also speaks to you emotionally. That said, I think having an appetite for risk is important. I think it's our obligation as writers to try to push genres forward, to create new norms for what audiences and the industry define as "marketable".

Some understanding of marketability is crucial to developing your writing career. For me, it's all about finding the overlap where an idea is not only marketable, but also speaks to you emotionally.

MovieBytes: Do you outline your scripts? How many drafts of 10G did you write before you won the trackingB contest?

MT: I always outline, but the degree of detail often varies depending on the project. On 10G, I had a detailed treatment based off note cards and a beat sheet. But I departed from those significantly after I started writing. I also keep an excel spreadsheet with all my random ideas, which serves as a handy guide when I'm stuck or unhappy with a scene. I find outlining extremely useful in mapping out the big milestones in my story, and making sure I stay on track from start to finish. That said, I think being flexible and open to new (and better) ideas as you write is important.

It's hard for me to count how many "drafts" I write because I am constantly rewriting and revising as I go along. Often by the time I've gotten to "the end", I've probably gone through and reworked the first act at least 3-4 times. For 10G, I finished my first rough pass, and then did edits based on a round of notes from close friends before submitting it to TrackingB.

I honestly never know when a screenplay is finished. I'm self conscious, so I rarely feel my work is good enough, or "done". For me, I try to keep writing until I'm out of ideas, or totally burnt out on a project. After that, I'll send it to my close friends for notes. In the past, I've returned to scripts years later and rewritten them. The process never ends. I usually try to get to a point where I am happy enough with it, or have been told it's good enough by those I trust. Then I'll send it out hoping others like it.

MovieBytes: Have you won any other contests? Do you think contests are an effective way to launch a screenwriting career?

MT: Some of my past scripts have been recognized by the Nicholl Fellowship, Austin Film Festival, CineStory Foundation, Screencraft and the Black List website. I think contests can be an effective way to launch your career, if you submit strategically. They're not a sure thing, but if your work is consistently strong and placing in the major contests, I think it's just a matter of time before you get approached by people in the industry.

TrackingB is one of maybe a half dozen contests where a big win or placing highly can attract industry attention.

I also think losing competitions can be a great learning experience. Fantastic work should see some traction if you're putting yourself out there. If you've been submitting for years and years and your work isn't getting anywhere, perhaps your time would be better spent focusing on the craft, writing as much as you can, and finding peers/mentors to workshop with. I'm a firm believer that hard work will yield results. Don't get discouraged, just keep at it. It's not magic, it's a muscle.

I think TrackingB is one of maybe a half dozen contests where a big win or placing highly can attract industry attention. It's had a great track record of finding strong material, with writers and projects getting signed and set up. As a result, I think the development and representation communities follow the results quite closely.

MovieBytes: Do you have an agent or manager now? If so, how did that relationship come about, and how do you think they'll help you market your script?

MT: I have a manager who reached out to me through TrackingB and 10G. He's been managing the interest since the announcement, as well as helping get the script to the right people. It's just comforting to have someone there giving advice and helping you handle how it goes out. I think representation can help market a script by being the first voice out there supporting your material and going to bat for you as a writer. In an industry driven by creative output, having someone who believes in your work can make a huge difference.

MovieBytes: Where do you go for feedback on your screenplays?

MT: I have a few close friends, mostly from film school or contacts I've met throughout my career, as well as my brother that I'll always send my work to. I trust their taste, and they'll give me great notes. Some also work professionally in other fields, like editing or directing, so it's great to get that perspective as well.

For 10G, I had many discussions about the concept and the rules of the universe, pitching friends various takes and asking them to poke holes in the logic. I also found an Italian neuroscientist on Quora who helped answer many of my questions. I don't think there was one specific thing that was make or break. It was mostly just talking through the technology and asking people what they thought, which elements needed to be explained in great detail and which could be glossed over because digitally savvy people will already "get it".

MovieBytes: Do you live in Los Angeles? Do you think it's important for screenwriters to live in L.A.?

MT: I live in Orange County, which is only about forty minutes from LA. So I am close enough to do all the meetings and be where I need to be. I've lived in LA in the past, but for now I enjoy the less congested suburbs and my quiet office.

I might not be the best person to ask about LA, but I think the decision to live there depends on what stage you are in your career. For screenwriters who are starting out learning the nuts and bolts of writing a script, I think the most important thing is being in a place where you can do as much writing as you can (given your financial constraints). If that means living in a log cabin and chopping wood for money, then do that. If it means working at Starbucks in LA, that's ok too.

That being said, I did go to film school in LA and worked in the entertainment industry after graduation. The network of filmmakers and friends I made through those experiences has proven invaluable, both in furthering my career and pushing me creatively.

For writers who are already working at or near a professional level and just need a lucky break or contact, I think being in LA is crucial. You never know who you could meet that could take your career to the next level. And if you are already seeing some interest, you want to be available to meet your fans and potential collaborators and colleagues.