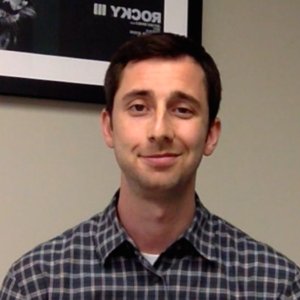 Jared Iacino is the Vice President of Film and Television Development at Panay Films, a film and television production company whose credits include Wedding Crashers (2005), starring Vince Vaughn and Owen Wilson, Van Wilder (2002) starring Ryan Reynolds, and Serendipity (2001), starring John Cusack and Kate Beckinsale. We caught up with Jared to ask him for some pitching tips:

Q: What do you look for in a pitch?

A: First and foremost I look for an emotional anchor point in the story, followed by a clear theme that illustrates why this story is important and needs to be told now. Oftentimes we hear pitches that are extremely plot heavy. And though that plot might be incredibly well conceived, here's the dirty little secret when it comes to pitches - no one really cares about the plot. If you can hook me with the emotional journey that the movie promises and frame it within a clear theme that resonates beyond the movie, then you have a movie. We can hone the plot later.

Q: What are the biggest mistakes writers make when writing comedy?

A: Two come to mind - the first seems obvious - the script isn't funny. I can't tell you how many scripts we get that are billed as comedies, that aren't actually very funny. We encourage our writers to try to beat every joke, on every page. Read the script out loud. See if the jokes make your friends laugh. Do whatever you can to make your script as funny as possible. If you haven't spent a significant amount of singularly focused time on the comedy in your script, it's probably not funny enough. The second mistake is relying too heavily on timely pop culture references in your comedy. Usually these types of jokes tend to be uninspired by nature, but even when they are well executed, they don't age well. When I'm reading your script as a sample three years after you originally wrote it, and it's full of dated references, it lessens the impact your comedic voice would have had otherwise.

Q: What can writers do in the first 10 pages to really capture an execs attention?

A: Truthfully, there are a million things a writer can do to hook a reader, but if I had to put my finger on one thing, it would be this - take a chance. Find a way to make your script sound different then the other 50 sitting on my desk. If you can do that and do it well, you will have a huge advantage. And the easiest way I know to pull that off, is to read as many screenplays as you can get your hands on. See what works. See what doesn't. And then find a way to make those 10 pages your own.