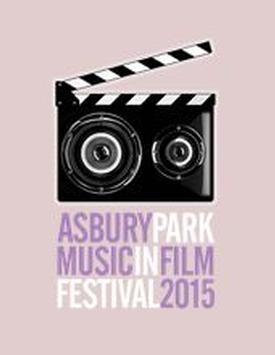 All screenplay entries will be read and selected by The Writer’s Hotel and The New Guard Editors before proceeding on to our judges. APMFF 2015 Judges are Noah Harpster and Micah Fitzerman-Blue. Final judging is blind.

Micah and Noah are writers and producers on Golden Globe winning series, "Transparent." Together, they wrote "The Motel Life" with Dakota Fanning, Emile Hirsch and Kris Kristofferson. The film won Best Screenplay at the Rome Film Festival. They are currenly writing a feature about Mister Rogers for directors Jonathan Dayton and Valerie Faris (Little Miss Sunshine), and a feature called "IPO Man" for Fox Searchlight, with Jason Bateman attached to star and direct. http://noahharpster.com/ and http://http//www.roicommunity.org/users/micah-fitzerman-blue

Shanna McNair: is Founder and Director of The Writer’s Hotel and Founding Editor and Publisher of The New Guard. She writes fiction, poetry, scripts and articles and has a novel and a collection of short stories forthcoming.

Scott Wolven: is a TWH & TNG Editor. He is the author of the short story collection, "Controlled Burn." The film, "Hepburn" by Tommy Davis, a work based on Scott's short story, "Hammerlock," was featured at The New York Film Festival, 2014. Scott's stories have appeared seven years in a row in The Best American Mystery Stories Series. The title story ("Controlled Burn") appeared in Best American Noir of the Century.

We will select two grand prize winners: one APMFF Drama Feature Film Screenplay Winner and one APMFF Genre Feature Film Screenplay Winner. Each of the two winners will be awarded $1,000, two event tickets and a personal meeting with one of our experts on site at APMFF 2015. We will select four finalists as well, who will receive two event passes each to APMFF. Event passes include all music and film events as well as all screenwriting events including our agent panel.

The Asbury Park Music in Film Festival has named named their 2015 Screenplay Contest Winners: Mark Steensland for "Jimmy the Freak" (Drama) and Randy Gross for "The Obligatory" (Comedy). Both winners received $1000, tickets to the festival and swanky glass APMFF trophies to commemorate the win.

Mark Steensland self-published his first book while in the fourth grade, and has been telling stories ever since—some of them true. He became a professional journalist at the age of eighteen, writing about movies for such magazines as “Jim Steranko's Prevue,” “American Cinematographer,” “Millimeter” and “Kamera.” He has directed two feature films: “The Last Way Out,” a crime drama and “The Gospel According to Philip K. Dick,” a documentary. His short films including “Lovecraft's Pillow,” “Dead@17” and “Peekers” have played in festivals around the world and earned numerous awards. His novel for young readers, “Behind the Bookcase” was published by Random House in 2012. He currently lives in California with his wife and their three children.

Screenwriter and playwright Randy Gross has won several national awards for his screenplays, teleplays, and stage plays. In 2012, his TV Pilot script, “Not My Grandfather’s Ears,” was one of 10 finalists, and earned a one-year option, in the ANA Alliance’s “Search for America’s Newest Comedy Writer.” His short play, “Bread,” has been staged in Washington, D.C., North Hollywood, CA, Pittsburgh, PA, Colorado Springs, CO, and Sydney, Australia, and will be included in the anthology “The Best Ten-Minute Plays of 2015” (Smith & Kraus, Inc.). He is also founder of “The Not Ready for Drive Time Players,” a Harrisburg, PA-based radio theater comedy troupe.

Micah and Noah are writers and producers on Golden Globe winning series, "Transparent." Together, they wrote "The Motel Life" with Dakota Fanning, Emile Hirsch and Kris Kristofferson. The film won Best Screenplay at the Rome Film Festival. They are currenly writing a feature about Mister Rogers for directors Jonathan Dayton and Valerie Faris (Little Miss Sunshine), and a feature called "IPO Man" for Fox Searchlight, with Jason Bateman attached to star and direct. http://noahharpster.com/ and http://www.roicommunity.org/users/micah-fitzerman-blue

The Writer's Hotel (Shanna McNair & Scott Wolven) is the teaching and editorial arm of The New Guard literary review. The Writer's Hotel Master Class in Fiction, Nonfiction & Poetry takes place each June in Midtown, Manhattan, hosting intensive workshops, classes and events are held between three writer's hotels in Midtown: The Bryant Park Hotel, The Library Hotel and The Algonquin. All attending writers get to read in the city as well. Readings take place at KGB, The Half King, Kinokuniya, Book Culture and The Bowery.