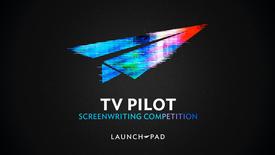 The Launch Pad Competitions have led to more signings, success stories and careers than any other screenwriting competition. With nearly a decade of experience in promoting up-and-coming writers, The Launch Pad Competition has firmly established itself as the premier hub for Hollywood to discover fresh voices and new ideas. We advocate for all of our Top 100 finalists, working with them to share their work with the right industry members to advance their career

Our prestigious juries of industry members include managers, agents, producers and executives at companies across Hollywood. We also offer exclusive partnerships with management and production companies to give writers an extra leg up.

Through these partnerships, as well as our exclusive mentorship opportunities, we seek to provide as many avenues towards success as possible. Show More

The Launch Pad Competitions have led to more signings, success stories and careers than any other screenwriting competition. With nearly a decade of experience in promoting up-and-coming writers, The Launch Pad Competition has firmly established itself as the premier hub for Hollywood to discover fresh voices and new ideas. We advocate for all of our Top 100 finalists, working with them to share their work with the right industry members to advance their career

Our prestigious juries of industry members include managers, agents, producers and executives at companies across Hollywood. We also offer exclusive partnerships with management and production companies to give writers an extra leg up.

Through these partnerships, as well as our exclusive mentorship opportunities, we seek to provide as many avenues towards success as possible. No competition will do more to help all of their finalists take the next steps in their careers, and no competition has had as much success in helping writers break into the industry. Enter now for a chance to join this tradition of Launch Pad success.

The Launch Pad TV Writing Competition has named their top 25 finalists for 2016. This year’s Top 25 is made up of 13 dramas and 12 comedies, written by 10 men and 19 women (including 4 writing teams) who hail from the U.S., Canada and Scotland, and collectively deliver stories filled with hope, despair, engagements, deaths, aliens, sociopaths, fairytales, sci-fis, vampires, empresses, high school, adulthood, ice-skating, baseball and believe it or not ... curling.

Twenty years after embarrassing herself by proposing to her pop star crush on live TV, a businesswoman's life is thrown for a loop when the bankrupt singer shows up on her doorstep.

After leaving her fiance, a naive woman joins an all-female gang of thieves led by the daughter of a ruthless ringleader in 1920s London, aspiring to reinvent herself and help earn the seductive independence women briefly glimpsed during World War I.

On a planet where the only source of sunlight and heat is produced by artificial "orbs" controlled by corporations, debates of religion, politics, and fear erupt into violence after an orb is destroyed, leaving all life fighting to see another day.

A psychiatrist and former alum of a prestigious boarding school in Wales comes back to help the students deal with their grief over an apparent suicide and begins to suspect that the school she loves may be hiding an even more disturbing mystery.

A group of mismatched FBI agents go undercover as a perfect family in order to gain access to criminal masterminds living in a luxury gated community.

After a devastating marriage proposal rejection, a down on his luck man decides that the best way to get his life back on track and prove his worth is to return to the sport he exceled at in his youth: curling.

A diverse group of baseball players fighting for a shot at the majors find themselves in the wild and cutthroat world of the minor leagues, navigating crazed fans, corrupt coaches, and backstabbing teammates as they travel from city to city fueled by little pay, little sleep, and big dreams.

When the entire state of California mysteriously vanishes into the Pacific Ocean, the government attempts to keep the details secret, an effort complicated by the sudden disappearance of the President and the revelation that we may no longer be alone on this planet.

After the disappearance of the Sun, what's left of humanity survives due to a spaceship that provides light and heat to the Earth, which a small group of astronauts must protect at all costs.

A woman who realizes her sociopathic ways are starting to get out of control moves to a one-person tourist trap town in an attempt to escape her deadly impulses. But when the only other inhabitant of the town suddenly dies, and tour buses start rolling in, she realizes she may have accidently set herself up in the perfectly murderous setting she was trying to escape in the first place.

A sullen, no-nonsense cop is forced to team up with bubbly rookie Elle (Cinderella), to solve crimes in a town made up of all the heroes, villains, and supporting characters of traditional fantasy tales. Their first case: the death and potential murder of hard drinking Sleeping Beauty.

On her quest to become the Empress of China in the 19th century, we follow a young woman as she rises from the life of a poor village girl struggling to survive, to a concubine fighting to protect her family, to a wife struggling for respect, to a leader her country was not ready for.

After going out of her way to save an innocent bystander, a recently widowed and rebelliously immature mother of two finds herself struggling to balance her quest for a lazy lifestyle with that of this whole supernatural good versus evil secret society thing she got dragged into. Oh, did we also mention she may also be the only person who can save us from the apocalypse?

After an injury ends a young figure skater's dreams of Olympic glory, forcing her to join the world of professional ice shows to pay the bills, she not only discovers how cutthroat the circuit can be, but that it may be the only place that can offer her another shot at going for gold.

Haunted by the death of her daughter, a recently divorced doctor explores the depths between life and death as she sets out to open the first ever euthanasia clinic: opening the doors for terminally ill patients to die with dignity, and hoping to rediscover her own passion for life.

When two desperate yet entitled siblings are threatened with losing their luxury apartment and the lazy lifestyle they've come to love, they set out to join a celebrity entourage, but find the only person willing to help them is their nerdy former classmate who became an overnight tech millionaire.

Thirteen years after being accused of, and accepting the guilt for, murdering her daughter during an episode of postpartum psychosis, a woman who is released back into the world sets out to regain the trust of her family and live a normal life. But when she discovers evidence that may prove she never committed the crime, she begins to question her own sanity, and whether she can trust those around her.

A year after her husband's death, a socially awkward woman who is finally ready to put herself out there again comes to discover that not only can she now see her dead husband, but that he will do anything in his power to keep her from finding true love.

When eccentric, back-brace wearing loner Rachel realizes she'll never win over the cool kids on her own, she schemes to take over the student council and force them to love her, even if a few accidents need to happen to those running against her.

A group of hyper-intelligent and overly ambitious freshman struggle to adapt to the shark-infested waters of a high school magnet program, where their daily lives are filled with bloated expectations, a vicious rumor mill, and the never-ending competition to be the best.

To keep their careers, the staff of a gossip news site must suppress what little conscience they have to run the most ruthless stories they can find, because the more despicable the content, the higher the view count.

With the help of her sociopath support group, a proud sociopath attempts to use her position as a local news reporter to advance the cause of sociopaths everywhere, but runs into problems when she starts to experience these stupid little things called... emotions.

With a journey that begins in the 1600s, as he is sent away to live with the enemy as part of a tribute to the Ottoman Empire, this is a look at the politics, wars, love, betrayals, and bloodlust that would one day forge the man we'd come to know throughout history as Vlad The Impaler, or more commonly: Dracula.

Four Chinese-American siblings are thrust into the world of organized crime after the death of their kingpin father. As they struggle to maintain control of the family business, they find themselves facing threats from the FBI, other members of the family that want them out, and possibly from one another.

A man's carefully organized life is disrupted when his irresponsible father is released from prison and assigned to a work release program at his son's job. Now, after spending his entire life rebelling against him, he must accept his father for who he is, or send him back to prison for the rest of his life.