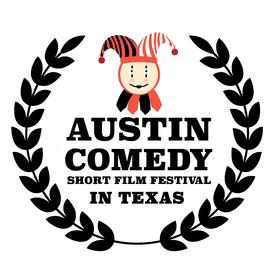 80% of the submissions go to the Comedy Short & Feature Categories, which are the most competitive. If your screenplay falls into one of the other categories, we strongly advise that you submit to those. Show More

80% of the submissions go to the Comedy Short & Feature Categories, which are the most competitive. If your screenplay falls into one of the other categories, we strongly advise that you submit to those. We have some judges that specifically request Romantic Comedy and we have others that do not like Dark Comedy and will not read for that category. So please don't submit to the general category with a Pulp Fiction style, bloodbath filled with dark humor. That approach may backfire. We have created awards for screenplays written outside of the United States, in order to acknowledge excellent writing, which may have some cultural differences to US screenplays.

The judges are looking for interesting character arcs, funny dialogue and comedic situations. General spellcheck and grammar check are expected. Screenplays are only eligible if they are in .pdf format. Some of our screenplay judges read screenplays on mobile devices, so, universal .pdf format keeps things simple. Currently, our Austin event does not have live screenplay readings. All accepted screenplays are allowed 2 free all-access tickets per accepted submission as well as an invitation to the awards show. Tickets are transferable to anyone including friends, co-writers, family, Twitter buddies, whoever you'd like.

The judges for the Austin Comedy Short Film Festival and our partner event the Houston Comedy Film Festival are not the same group of people. Selections, Award Nominations and Award Winner vary drastically. It's a pretty strange phenomenon that we can't quite explain. The cities are over 150 miles apart.

We do not accept printed screenplays. Please do not mail them to us.