Credits of our screenplay competition readers/judges include:

Credits of our screenplay competition readers/judges include:

ABOUT OUR FILM AND SCREENWRITING NETWORKING CONFERENCES:

The purpose of the conferences is to provide an opportunity for filmmakers and screenwriters to receive valuable information from industry professionals through a series of panel discussions, as well as an opportunity for attendees to participate in Q and A’s, networking sessions and nightly receptions.

SPEAKERS TO BE ANNOUNCED IN MAY...

In partnership with WeScreenplay, winning screenplays will be reviewed by readers who have read for agencies, studios, management companies, and/or production companies. Each review will include: 4 pages of detailed notes, Character, Plot, Structure, Dialogue, and Concept Analysis, A Pass, Consider, or Recommend rating, An overall impression that will highlight extra factors like voice, Qualitative scores to help compare your progress, Your analyst’s bio. WeScreenplay has been featured in Entertainment Weekly, IMDb, TheWrap, and IndieWire.

Screenplay competition winners will receive the opportunity to pitch their script to 5 production companies, agents and other industry representatives through Virtual PitchFest, including NBC Universal, Warner Bros., UTA, The Gersh Agency, and many more.

An interview with screenwriter John Martins regarding the Big Apple Writing Competition. 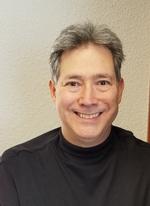 John Martins
Q: What's the title of the script you entered in this contest, and what's it about?

A: Inspired by true events, "Aktion T-4" is the story of two men, a Lutheran bishop and a Catholic deacon, who come together try and stop Hitler's forced euthanasia program, known as "Aktion T-4." "Aktion T-4" predates the Holocaust and the Wansee Conference. Zyklon-B was even used to eliminate those Germans, Jews and non-Jews like, who had either mental or physical challenges, so it was somewhat of a precursor to the horror that was going to be committed a few years later. To this day, no one knows how many Germans were murdered under this program, but conservative estimates range at approximately 60,000 men, women, and children.

A: I've written a few theatrical plays over the years, and it's always been a dream of mine to have one of them performed somewhere in New York City. Of late, I've placed more of an emphasis on screenwriting, and thinking that since it's probable I'll never have a play performed off-Broadway, perhaps I could visit the Big Apple via a Film Festival's screenwriting competition. Fortunately, I was awarded the grand prize for unproduced screenplay at the 2018 Big Apple Film Festival in November. It was moving for my father and me to visit Manhattan's Chelsea District where the Festival took place.

A few years ago, I was also awarded grand prize for "Aktion T-4" by Act One's Screenwriting Competition in Los Angeles. Another honor which I deeply appreciate.

A: Very much so. Festival directors Jonathan Lipp and Erica Rubin followed through on all promises and awards in a timely manner. They are both wonderful human beings who love film deeply. Thank you, Jonathan and Erica.

A: After a solid year of research, it took another five years, off and on, to bang out a first draft. From there I sent it to a script analyst, who offered some solid suggestions that made perfect sense. From start to finish, the length of time was about 6 1/2 years.

Yes, I always try to write an outline so I can get a handle on a story's pacing and rhythm, and finally its resolution. I've heard of novelists letting their characters lead them through their story, which often takes them places the author didn't think he or she would originally go. I can't write that way; I'VE got to know where I'm going, because I've only got 100-120 pages to tell the story. I also have to consider a film's budget in this business. I try to think of how much everything is going to cost while I write my story. Is there a way I can lessen its budget without lessening the impact of the story? I TRY to do that. Some writers like to work that way; others don't. It's a personal preference. I don't believe in "rights-or-wrongs" during the process; whatever works for you. So my stories are framed tightly--in part because of a thought-out-in-advance outline. It works for me, and I can still tinker with it in minor ways along the journey, while still getting it to end in the place where I think the story is most satisfying.

For "Aktion T-4," as well as my other screenplays, I typically write right around 20 drafts. And that's not just changing a line or two of dialogue; that's a thorough scrubbing. Sometimes, it just takes time to see a scene differently, whether to add, edit, or completely delete, and to proceed with a rewrite. The proverbial "Can't see the forest for the trees," if you will.

A: Old habits die hard. I don't use software, although I have nothing against it. If it helps, use it!

A: I try to write every day. If I'm not writing on paper, I know I'm writing daily in my head, thinking through character, plot, story, etc.

When I am writing on paper, the process can easily take two-three hours a day, but depending on how much free time I have, sometimes longer.

A: I'm a little uneasy answering this question, because I've never had a deadline, as so many other writers do. My "method" of writing is quite methodical and time-consuming, so I feel it almost prevents any kind of writer's block I can experience. I try to do everything I can to eliminate stress in my life, which I believe can contribute to writer's block. If you recognize and address stress, I think that can help in eliminating it, and, thereby, putting an end to writer's block. Easy for me to say.

A: A school teacher for many years. Over the years, I've written a total of about 30 scripts, mostly screenplays, but including theatrical plays, a radio play, and two TV scripts.

A: I live presently in Arizona, but, given the right circumstances, I would move to Los Angeles.

A: Yes, I'm working on three scripts simultaneously, two faith-based and the third historical. And an idea bouncing around in my head.

And the very best to the Big Apple Film Festival (BAFF) in the future.