An interview with screenwriter A. J. Bermudez regarding the Cinequest Writing Competition. 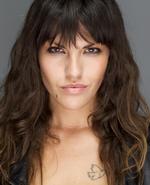 A. J. Bermudez
Q: What's the title of the script you entered in this contest, and what's it about?

A: NIGHTINGALE is a one-hour drama that follows a rising star surgeon, Joseph (Jose) Reyes, who has ascended from abject poverty to the height of the medical profession. When the ill-fated surgery of a New York senator costs him his medical license, he returns to the dark, crime-ridden neighborhood of his past, only to find a new outlet for his skill set: as resident surgeon for the brutal gangs of inner Baltimore.

A: From the onset, Cinequest struck me as a creatively innovative, forward-looking film festival. I’d been drawn to their VR component (purely as a fan) after producing some writing for a VR-focused visual artist at Art Basel this past year. As a writer, I was also attracted to the festival’s phenomenal awards alumni roster (Neil Gaiman, Chuck Palahniuk, J.J. Abrams, etc.), all individuals whose work I’ve admired since I was a kid.

I’m fairly new to the festival and competition scene, but before winning Cinequest, the script was a finalist in the WeScreenplay TV Competition, and received a diversity award nom from Fresh Voices.

A: The Cinequest staff was surreally fantastic. Antonea and the whole crew took excellent care of all the writers involved, both before and during the festival. To answer the latter question, yes, the award check was given out instantly and did not bounce (nor did the crystal award).

A: The story concept, which centers on a mixed race, Ivy League educated protagonist with a complex past, was inspired in part by my husband, the very talented actor Joshua Bermudez, so that element of the script had been simmering for years. I completed the screenplay after moving to LA, but at that point the story was aching to be written down, so it happened pretty quickly.

The script has undergone a handful of iterations, but the tone, themes, and arc have remained consistent from the first draft. At the time, I had never outlined a script before (though I did run it up against the classic industry “beat sheet” and was pleased to find that it checked out). Before I was hired to write my first feature - in which case I contractually had to write an outline if I wanted to get paid - I had totally underestimated the value of outlining. I’ve realized since that there’s really no other way (and no glamor to eschewing organization).

Some indispensable advice from filmmaker friends Dana Nachman, John Burd, and Dana Sorman (and Ruth Miller, who is hands-down the best non-union proofreader in the industry) yielded a gorgeous new draft at the beginning of the year.


Q: What kind of software did you use to write the script, if any? What other kinds of writing software do you use?

A: I feel like I’m sort of obligated to plug Final Draft here, but they really are the best. The only other writing software I use is Daiso spiral notebooks and Pilot V5 pens.

A: I think it’s important for a writer to write virtually constantly (you are what you do and all that), but honestly, I find the reverse to be nearly as valuable. I write six days a week, but I also try to find plenty of time for reading: scripts, essays, the news, books. My bedside table looks like a Jenga tower. As important as it is to produce good content, it’s also essential to take in good content.

A: Everyone gets writer’s block. It’s like a drummer getting callouses or an offensive lineman getting concussions. But in my experience, getting past the myth that it’s only possible to write well when you’re “inspired” is a major weapon against writer’s block. And whenever I can, I get out of town to write - Los Angeles is the perfect place for writers to live, but it’s also a breeding ground for demons. Of course, the main idea is to kill the distractions and cultivate self-discipline, which you don’t have to drive all the way to Baja to do. Though if we’re being honest, the best way to deal with writer’s block is an ocean view and two ounces of Oban.

A: I cut my teeth playwriting on the east coast, then converted to screenwriting when I moved west. There are also a lot of unusual jobs in my past, from working as an EMT to boxing to music to working with refugees while living in Moscow. All of these experiences have helped to shape my work, which tends to skew dark, playful, language-driven, and diverse.

I currently have a feature in pre-production, and a couple other scripts in earlier phases of development. Meanwhile, Nightingale is still up for grabs and getting some positive buzz, so I’m excited to see where that goes.

A: I currently live in Los Angeles. It’s mad fun (and a virtual necessity for a writer), but I’ll know I’ve really made it when I can just take Skype meetings from an undisclosed location.

A: Absolutely. I’ve got a couple of TV projects in the works as well as a new feature, a professional sports-centric family drama. (Incidentally, if anyone has a +1 insider pass for any west coast NFL games this season, please contact me.) I’ve also been dabbling in literary writing across multiple genres, and am hoping to find a solid rep here in LA.

Overall, it’s an exciting time. I can’t wait to see what comes next.