An interview with screenwriter Stuart Wright regarding the Wildsound 1st Scene Writing Competition. 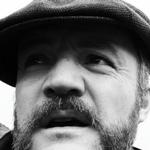 Stuart Wright
Q: What's the title of the script you entered in this contest, and what's it about?

A: TITLE: Before God

LOGLINE: After surviving a suicide attempt, a troubled pastor is tormented by visions of a 12 Year Old Boy that force him to confront a suppressed childhood memory.

A: The feedback plus table read was the deal breaker for me. I have entered a couple of other screenplay competitions, but none of them had this active element to them.

A: Everything was good and delivered on time as expected.

A: The script took a couple of years on and off.

I wrote a step outline before I started based on index cards I'd written out for each potential scene.

I didn't do many page 1 rewrite drafts - four in total. Although, I did do a number of polishes and passes - too many to keep count.

A: I used Fade In for the scriptwriting.

A: Every day... try to keep to a 9 to 5 but will write later and if I can I stick to fuelling my mind over the weekends with books, films and tv.

A: All the time... You've just got to work through it. I can't remember who said it but writer's block is just punishment for the days when you can write and write.

A: I'm a journalist turned screenwriter with two optioned scripts to my name and a handful of spec scripts on my laptop.

A: I live in London. No plans at present to move to LA.

A: I've a number of irons in the fire. Most prominent: I'm developing an elevated genre set in Norway and I've co-written a contained horror that is close to being fully funded.