To find the best GENRE scripts.

Genre scripts are bought and produced more than 10 to 1 over the serious drama, tentpole or quirky scripts that usually win screenplay contests.

Over $25,000 in cash and prizes plus industry promotion to nearly 10,000 producers, agents and managers. Screenplays compete in 5 different genre categories: Action/Adventure/Thriller, Comedy, Drama, Family/Teen/Animation and Sci-Fi/Fantasy/Horror.

Top winners get guaranteed reads from producers and managers. Interested parties also watch the lists of those who advance to the late rounds -- even if you don't win, you still might get a nibble!

An interview with screenwriter MICHAEL BIERMAN regarding the StoryPros Awards Writing Competition. 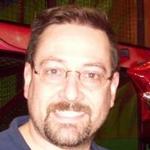 Michael Bierman
Q: What's the title of the script you entered in this contest, and what's it about?

A: "The Fad" Logline: In a dark dystopian future where nothing is as it seems, a young man desperately struggles to win his love and fights with the secret underground resistance to save the mind-controlled masses from a deceptive and genocidal Orwellian government.

The story's young anti-hero gradually realizes the current pain fad is a secret government ploy for population control, and to specifically eliminate population from poorer areas of the unnamed city in the future where the action occurs. He battles for his own belief that the fad is wrong, and that love and life are more important, while still having to engage in the destructive behavior to win his long-time love. He finally throws off the fetters of government influence and joins the underground resistance to fight against the government and change society. This almost costs him everything, as he pushes the fight to the limit to make the changes he knows are right.

A: I liked that accomplished screenwriters were the judges for the competition. The contest looked great, and was professionally run. I have a number of other pending contest entries with this script, including PAGE and the Nicholl. My first script, "Impact", a short, made the Quarter-Finals at PAGE last year.

A: The contest was great, with outstanding communication and updates. They kept to their deadlines. The standards and goals of the contest were clear. They have already contacted me with an email concerning the particulars of the awards.

A: This feature script took me about five months to write. The first draft was 83 pages, the second was 95 pages, and the third 110 pages. I also rewrote and polished each draft in the process. I did not write an outline, but based this script on a six-page short story I wrote over 25 years ago. I took the basic core idea of that story and greatly enlarged upon it. I wrote the beginning and end, then did a beat sheet, ground through the second act, then filled out the first and third. I had to move a couple of scenes around, and rewrite dialogue for continuity. Nighttime is my preferred time to write, when it is quiet and my family is asleep. When writing, I tend to be a vampire as far as waking hours are concerned.

This is the 3rd draft (110 pp). The 1st draft (only 83 pp) placed in 2012 Screenplay Festival as a Semi-finalist in two different categories (Action-adventure, Sci-Fi). The second draft came and went quickly, and I did not enter it in any contests.

A: I used Final Draft 8 to write this script. I hand-formatted my first script that placed at PAGE, and will never do that again! I recently purchased Contour and am outlining a second script in a completely different genre. To date, that is what I have used.

A: I should, but do not write every day. I need time in between writing sessions, which are very intense, to recharge and refresh the old think-tank. When I am working on a script, I write about 30-50 hours a week.

A: "Writer's block" does happen to me because I have never outlined anything prior to my unfinished new script, which I am doing in Contour. Sometimes when ideas aren't coming, I stop for a few hours to a couple of days while I think of what needs to come next, what will work best, and to try to come up with novel ideas and twists. Avoiding cliche is very important. I have found that thinking hard on an idea before going to sleep will often give me revelations during sleep or shortly after I awaken. I keep implements handy to immediately write down any fresh ideas before I lose them!

A: I have a Bachelor of Science degree in Genetics and Molecular and Cell Biology from Penn State. Andrew Kevin Walker was actually there at the same time I was. I did not know him, but it is possible we could have had classes together, because I took honors English, honors composition and honors poetry composition classes. I expect he must have had some of those classes. He is a terrific screenwriter, and I admire his work, especially "Se7en." I have a Juris Doctor degree from University of Kansas, and have been an organic chemist for DuPont, a Territory Manager in molecular biology research sales, and had my own law firm for over a decade. I am currently working on producing a feature film.

Several of my short screenplays have been recognized at some level in other competitions. I have never written any TV scripts, but have a completed Theater of the Absurd stage play that works well. Sorry for all the "I's."

A: We live in Atlanta. My family has thought of perhaps moving to Los Angeles in future, but have no set plans to do so at this time.

A: As I mentioned, I am working on a feature in a totally different genre. I have been contemplating writing a sequel to "The Fad", but have not had any brilliant ideas on what that will be as of yet. "The Fad" is up at the Black List, and you can find me on IMDb under Michael E. Bierman. I love MovieBytes and look at it every day. You guys do a terrific job. Thanks for interviewing me!