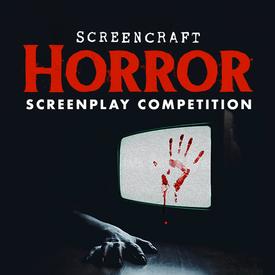 Our Hollywood judges love good horror movies – and they’re looking for the next fresh voices in horror screenwriting.

Out of more than 1,000 submissions, The 49th Day by Craig Peters has been selected as the Grand Prize Winner of the 2016 ScreenCraft Horror Screenplay Contest. Intelligently designed and genuinely frightening, the emotional script has a thoughtful spiritual core and an original and wholly empathetic protagonist. The story centers on Diana, a nine-year-old Japanese-American girl, whose imaginary friend–Death in disguise–starts killing off her family one by one. She must find a way to convince her parents of the horrifying truth and save them from brutal deaths. The 49th Day was also a finalist in the 2015 WeScreenplay competition and has earned a coveted spot on the 2016 Blood List, founded by literary manager Kailey Marsh.

Taking the runner-up slot is Madre De Sangre by Chris Drzewiecki. Featuring a ruthless supernatural antagonist, cinematic, classical horror sequences and a vulnerable core ensemble, the screenplay tells the story of a widowed father who must reluctantly enlist his twin ten-year-old sons in a terrifying battle to slay the merciless witch who has cursed generations of his family.

Both of these scripts center on flawed, fractured and relatable families who must come together to defeat unimaginable evil, and in so doing they scare us and make us care, thereby upholding the best of the horror genre’s standards.

The following exceptional screenplays were selected as the competition finalists:

The Grand Prize winner will receive a $1,500 cash prize and hand-picked industry consultations, the runner-up will receive $500 and a phone call with a literary manager, and the top five finalists will receive development notes and a one-year license to use WriterDuet Pro, the most advanced professional screenwriting software with real-time collaboration and automatic revision tracking, compatible with Celtx, Final Draft and PDF formats.