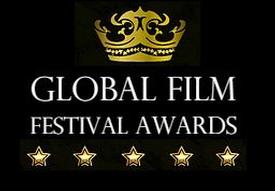 We are a monthly and annual IMDb qualifying competition based in Los Angeles. We want the best worldwide film stories to promote filmmakers’ works for distributors.

The GFFA is an open door for independent filmmakers. It's a special jury formed by Hollywood producers, European and international distributors to promote films and new media.

31th of every month.

Notification: 12th of the following month

By submitting your project, you agree to the use of parts of your film (press kits/trailers/film posters) for promotional purpose. Fees are not refundable.