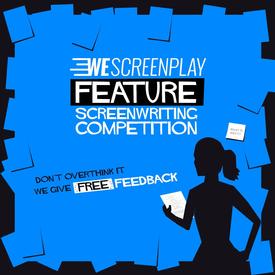 MISSION: To provide industry exposure and support to feature screenwriters who are looking to have their stories told.

FEEDBACK: We believe that writers need feedback to improve, which is why every single entry receives FREE FEEDBACK

MISSION: To provide industry exposure and support to feature screenwriters who are looking to have their stories told.

FEEDBACK: We believe that writers need feedback to improve, which is why every single entry receives FREE FEEDBACK

Jon Levin
Jon Levin is the President of TV/Film production for Fourward where he also manages top literary talent. He had a long run (30+ years) as an agent at CAA, where he represented talent such as Andy Serkis, Neil Gaiman, and Mimi Leder, and packaged such films as SHREK, HOOK, MIDNIGHT RUN, ICE AGE, WHERE THE WILD THINGS ARE, THE LEFTOVERS, THE KARATE KID, LITTLE MISS SUNSHINE, AMERICAN GODS and many others. He has worked with some top industry talent such as Brad Pitt, Natalie Portman, Steven Spielberg, and Tom Hanks, and films he has been involved with have acquired over 100 Academy Award nominations and 25 Oscar wins.

Camille Tucker
Camille’s feature CLARK SISTERS: FIRST LADIES OF GOSPEL from executive producers and Grammy Award winners Queen Latifah, Mary J. Blige and Missy Elliott had 2020 Emmy buzz and is one of Lifetime's most successful film of the last several years. She has sold seven other screenplays and a TV pilots, and Camille is a professor of Writing TV & Film at Biola University.

WeScreenplay as part of The WeScreenplay Feature Competition is giving away cash and prizes, including a $1,000 cash grand prize, but most importantly the top scripts will be considered by our industry jury which includes Hollywood producers, agents, and managers. Plus, every entrant receives free feedback on their project to help improve their writing.

Past WeScreenplay winners have optioned their projects, developed work with producers, and been signed by places like Heroes and Villains, Industry Entertainment, Zero Gravity, and more.

An interview with screenwriter Robert Rhyne regarding the WeScreenplay Writing Competition.

A: “Passing Through” won third prize in the competition. It’s about a doctor who faces dangerous consequences when he falls in love with his female patient – who was also his victim in a hit and run accident.

A: The administration of this contest was professional all the way, from entry to follow-up after the win. All of the awards promised were received.

A: The first draft was written in about four months. It was written from a synopsis and then an outline. The draft I entered in this contest was #8 or 9.

A: I used Final Draft software to write this script.

A: I usually write two to three hours per day.

A: I do occasionally get writer’s block. I deal with it by putting the current script aside for a few days and working on another script or story, then returning to it with a fresh outlook.

A: I live in northern Orange County, about thirty miles from L.A.

A: I’m currently developing a supernatural thriller with a literary manager.